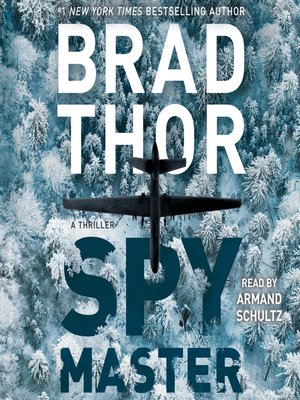 A Thriller · The Scot Harvath

FictionLiteratureThriller
Scot Harvath must do whatever it takes to prevent the United States from being dragged into a deadly war in this heart-pounding thriller that is "timely, raw, and filled with enough action for two books" (The Real Book Spy) from the #1 New York Times bestselling author Brad Thor.
Across Europe, a secret organization has begun attacking diplomats. Back in the United States, a foreign ally demands the identity of a highly placed covert asset. Between the two, all the ingredients are there for an all-out war.

With his mentor out of the game, counterterrorism operative Scot Harvath must take on the role he has spent his career avoiding. But, as with everything else he does, he intends to rewrite the rules—all of them.

In Spymaster, Scot Harvath is more cunning, more dangerous, and deadlier than ever before.
FictionLiteratureThriller

Brad Thor is the #1 New York Times bestselling author of twenty thrillers, including Near Dark, Backlash (one of Suspense Magazine's Best Books of the Year), Spymaster (declared by The Washington Times as "one of the all-time best thriller novels"...

More about Brad Thor
Spymaster
Copy and paste the code into your website.
New here? Learn how to read digital books for free