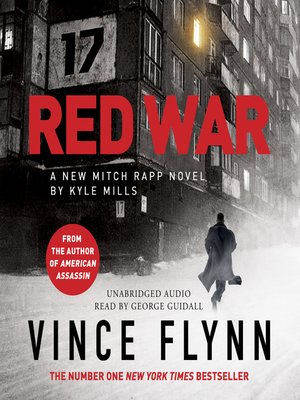 FictionSuspenseThriller
*** THE NEW YORK TIMES NUMBER ONE BESTSELLING AUTHOR ***
AMERICAN ASSASSIN is now a MAJOR MOTION PICTURE starring Dylan O'Brien (Maze Runner), Taylor Kitsch (True Detective) and Michael Keaton.
When Russian president Maxim Krupin discovers that he has inoperable brain cancer, he's determined to cling to power. His first task is to kill or imprison any of his countrymen who can threaten him. Soon, though, his illness becomes serious enough to require a more dramatic diversion - war with the West.
Upon learning of Krupin's condition, CIA director Irene Kennedy understands that the US is facing an opponent who has nothing to lose. The only way to avoid a confrontation that could leave millions dead is to send Mitch Rapp to Russia under impossibly dangerous orders. With the Kremlin's entire security apparatus hunting him, he must find and kill a man many have deemed the most powerful in the world.
Success means averting a war that could consume all of Europe. But if his mission is discovered, Rapp will plunge Russia and America into a conflict that neither will survive.
Praise for the Mitch Rapp series
'Sizzles with inside information and CIA secrets' Dan Brown
'A cracking, uncompromising yarn that literally takes no prisoners' The Times
'Vince Flynn clearly has one eye on Lee Child's action thriller throne with this twist-laden story. . . instantly gripping' Shortlist
'Action-packed, in-your-face, adrenalin-pumped super-hero macho escapist fiction that does exactly what it says on the label' Irish Independent
'Mitch Rapp is a great character who always leaves the bad guys either very sorry for themselves or very dead' Guardian
'In the world of black-ops thrillers, Mitch Rapp continues to be among the best of the best' Booklist, starred review
FictionSuspenseThriller

Kyle Mills is the #1 New York Times bestselling author of nineteen political thrillers, including Red War for Vince Flynn and The Patriot Attack for Robert Ludlum. He initially found inspiration from his father, the former director of Interpol, an...

More about Vince Flynn
Red War
Copy and paste the code into your website.
New here? Learn how to read digital books for free