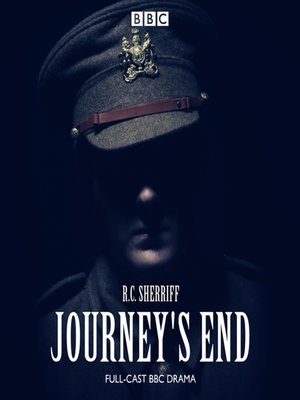 Journey's End is an unflinching vision of life in the tranches towards the end of the First World War.

The play opens in a dugout in the trenches in France. Raleigh, a new 18-year-old officer fresh out of school, joins the besieged company of his friend and hero Stanhope. But when he arrives in the trenches, he finds Stanhope dramatically changed.

Bonus content: This BBC radio release includes The Man From Esher and his Theatre of War, a 30-minute documentary about R C Sherriff and the story behind Journey's End.

Journey's End was an instant stage success in 1928 (starring Laurence Olivier) and remains a remarkable anti-war classic, regularly revived in theatres. A film is due in February 2018, starring Sam Claflin (Hunger Games, Me Before You) as Stanhope and Asa Butterfield (Hugo) as Raleigh, along with Paul Bettany, Toby Jones and Tom Sturridge.