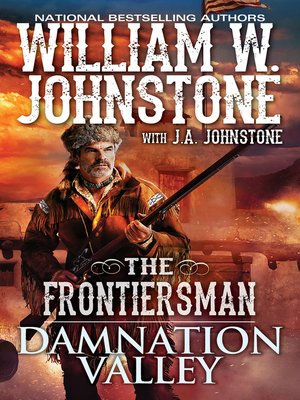 JUSTICE IS HARD TO REACH
WHEN IT'S ON THE OTHER SIDE OF HELL.

A Rocky Mountain winter has left Breck reeling from the carnage unleashed by bloodthirsty trapper Judd Carnahan—and readying a quest for vengeance as ruthless as their prey. It gets even deadlier when Carnahan lays siege to a trading post on the Yellowstone River. He's left the owner dead and kidnapped a pretty hostage who can turn a nice profit once he puts her to work.

Following his trail takes Breck clean to Santa Fe, where Carnahan's set up a brothel bursting with hardened beauties, a saloon for cutthroats and thieves, and a trap for the Frontiersman who's tracked him every bloody step of the way. But over the rough, merciless miles it's taken Breck to get here, he's built up a raging fury that's going to make this unholy town swim in blood.
FantasyFictionWesternHistorical Fiction

More about William W. Johnstone
Damnation Valley
Copy and paste the code into your website.
New here? Learn how to read digital books for free