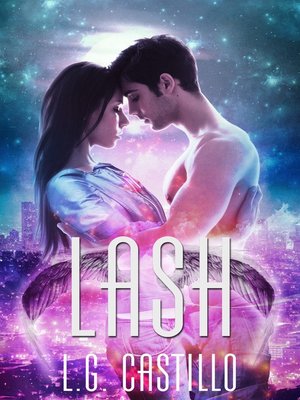 An angel's rules were simple: obey the Archangels, don't show yourself to humans, and never fall in love with one.

Lash broke them all.

Banished to Earth for defying the archangels, Lash is given one last chance to redeem himself. His mission is simple: protect Naomi Duran, a captivating young woman lost in grief. The assignment proves to be anything but simple when the Archangels withhold key information about Naomi and refuse to restore Lash's powers. When an unexpected source reveals centuries-old secrets, his trust is shaken to the core, and he begins to doubt those whom he had once considered to be his greatest allies.

Determined to avoid anything that would risk his chances of returning home, Lash struggles with the greatest obstacle of all—his growing feelings for Naomi. But when her life is threatened by an unknown source, Lash questions the wisdom of the Archangels and his ability to keep her safe. Soon, Lash will have to choose where to place his trust—in the home he has fought so hard to regain or in the forbidden love he can't bear to lose.

LASH
Copy and paste the code into your website.
New here? Learn how to read digital books for free