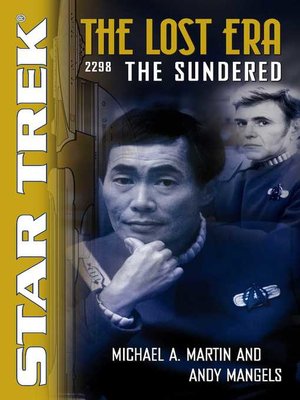 FictionScience Fiction
Nearly a decade after Star Trek's Captain Kirk's disappearance, Captain Hikaru Sulu of the Starship Excelsior embarks on dangerous mission that could potentially end in a galaxy-wide war.
Leading unprecedented peace talks with the violently xenophobic Tholian Assembly, Captain Hikaru Sulu is at the forefront of promoting diplomacy and defending the United Federation of Planets. But when a deadly confrontation explodes on board the Starship Excelsior, Sulu and his crew are thrust into the middle of an unexpected conflict that could have lethal consequences for Earth. As tensions rise, Sulu must question where his responsibilities lie—with the fragile peace he must preserve or with the victims of his own world's tragic past.
FictionScience Fiction

More about Andy Mangels
The Sundered
Copy and paste the code into your website.
New here? Learn how to read digital books for free