Frank Einstein and the Space-Time Zipper 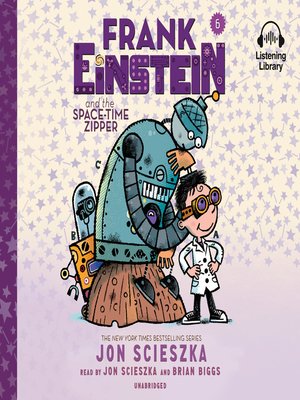 View more libraries...
The sixth and final book in the New York Times bestselling Frank Einstein series!
Frank Einstein (kid-genius, scientist, and inventor) and his best friend, Watson, along with Klink (a self-assembled artificial-intelligence entity) and Klank (a mostly self-assembled and artificial almost intelligence entity), once again find themselves in competition with T. Edison, their classmate and archrival, this time studying the science and mysteries of the universe!