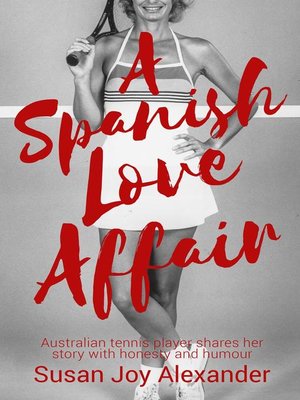 Young Australian tennis player, Susan Alexander is anxious to escape from the memory of a 'love affair' with her tennis coach when she was 11, limited work options, her thwarted dreams of being an actress, over-protective parents, a restrictive lifestyle and early marriage. When her father suggests she go overseas for a year to play tennis before settling down with her farmer/fiance, Susan, a top junior player, packs her bags.
The book follows Susan's journey from Narrabeen, on Sydney's Northern Beaches, to playing on the centre court at Wimbledon, in exotic locations - St Moritz, Monte Carlo and Casablanca, behind the Iron Curtain in Yugoslavia and Rumania, totally oblivious of the dictators Tito, Ceausescu as she is of Franco in Spain. Relishing her freedom in Europe, Susan is not a run of the mill tennis player - she smokes, loves red wine, falls in love regularly, has many adventures, unusual encounters and numerous pitfalls.
Unable to afford to go back and forward to Austalia, and not wanting to spend the winter months in cold, dark and wet London behind a typewriter, Susan impulsively heads for Spain. She is immediately captivated by Spain, the Spanish lifestyle and before too long a handsome Spaniard.