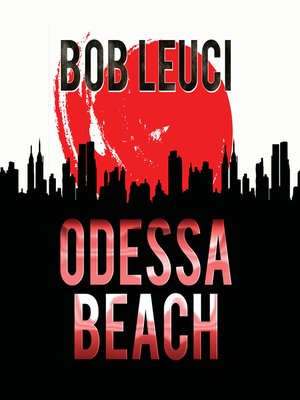 Nikolai 'Niki' Zorakoff has made a killing on the Soviet black market. He smuggles in luxury goods from the West—the blue jeans and perfumes that wealthy Muscovites simply can't do without—and sells them for small fortunes. But when the KGB takes an interest in Niki's operation, he knows he must run or die. So, with a forged passport and as much money as he can carry, Niki heads to the Russian haven of Odessa Beach. It isn't long before Niki makes contact with the mobsters of South Brooklyn, who loan him the capital to start a restaurant that becomes one of the area's hottest nightspots. But when the time comes to pay, Niki decides he would rather not settle up, starting a gang war that will pit two generations of mobsters against each other in a fight to the death.

Robert Leuci (1940-2015) was a detective with the New York City Police, known for his work exposing corruption in the police department and the criminal justice system. After retiring from the NYPD he wrote novels, short stories, and a memoir. He ...

More about Robert Leuci
Odessa Beach
Copy and paste the code into your website.
New here? Learn how to read digital books for free