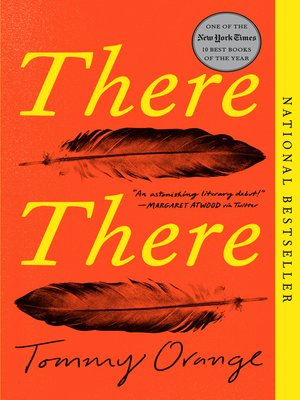 “With a literary authority rare in a debut novel, it places Native American voices front and center before readers’ eyes.” —NPR/Fresh Air

One of The New York Times 10 Best Books of the Year and winner of the PEN/Hemingway Award, Tommy Orange’s wondrous and shattering bestselling novel follows twelve characters from Native communities: all traveling to the Big Oakland Powwow, all connected to one another in ways they may not yet realize. Among them is Jacquie Red Feather, newly sober and trying to make it back to the family she left behind. Dene Oxendene, pulling his life together after his uncle’s death and working at the powwow to honor his memory. Fourteen-year-old Orvil, coming to perform traditional dance for the very first time. Together, this chorus of voices tells of the plight of the urban Native...

Fiction Literature
There There