I've Got My Eyes on You 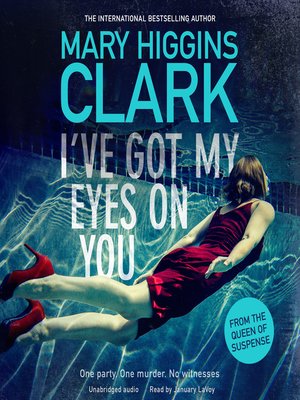 View more libraries...
The extraordinary new thriller from the Queen of Suspense and global bestseller, Mary Higgins Clark.
Eighteen-year-old Kerry Dowling is found fully dressed at the bottom of the family pool. She threw a party the night before, while her parents were away; her house was full of people. But no one saw anything.
The police immediately suspect her boyfriend, with whom she had a bitter argument at the party. But other people had a grudge against Kerry, too, including her twenty-year-old neighbour. Everyone knows he wanted to come to the party. Everyone knows how angry he was that Kerry didn't invite him.
As the police flail about for answers, Kerry's older sister Aline decides to take matters into her own hands. But by trying to solve her sister's murder, Aline may be putting her own life in danger...