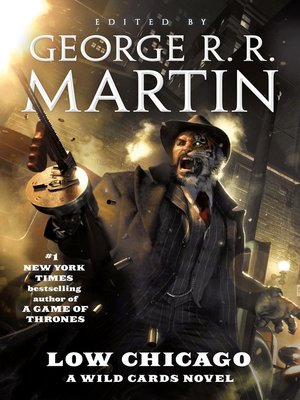 Soon to be a show on Hulu!

In Low Chicago, a gang of criminals scattered throughout the past threaten the stability of the world in George R. R. Martin's latest Wild Cards adventure.

But after a superpowered mishap, the most high-profile criminals in the city are scattered throughout the past and their schemes across time threaten the stability of the world.

Perfect for current fans and new readers alike, Low Chicago is an all-new time travel adventure that highlights the criminal underworld of 1920s Chicago, featuring a fresh cast of characters from the Wild Cards universe.

"Martin has assembled an impressive array of writers. . . . Progressing through the decades, Wild Cards keeps its momentum."—Locus

Now in development for TV: Rights to develop Wild Cards have been acquired by Universal Cable Productions, the team behind The Magicians and Mr. Robot, with the co-editor of Wild Cards, Melinda Snodgrass, as executive producer.