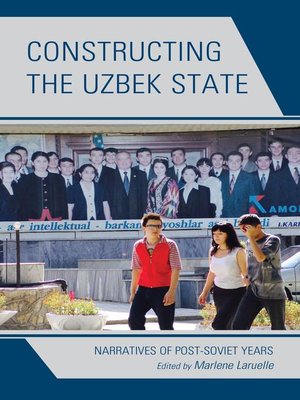 View more libraries...
Over the past three decades, Uzbekistan has attracted the attention of the academic and policy communities because of its geostrategic importance, its critical role in shaping or unshaping Central Asia as a region, its economic and trade potential, and its demographic weight: every other Central Asian being Uzbek, Uzbekistan's political, social, and cultural evolutions largely exemplify the transformations of the region as a whole. And yet, more than 25 years after the collapse of the Soviet Union, evaluating Uzbekistan's post-Soviet transformation remains complicated. Practitioners and scholars have seen access to sources, data, and fieldwork progressively restricted since the early 2000s.
The death of President Islam Karimov, in power for a quarter of century, in late 2016, reopened the future of the country, offering it more room for evolution. To better grasp the challenges facing post-Karimov Uzbekistan, this volume reviews nearly three decades of independence. In the first part, it discusses the political construct of Uzbekistan under Karimov, based on the delineation between the state, the elite, and the people, and the tight links between politics and economy. The second section of the volume delves into the social and cultural changes related to labor migration and one specific trigger – the difficulties to reform agriculture. The third part explores the place of religion in Uzbekistan, both at the state level and in society, while the last part looks at the renegotiation of collective identities.