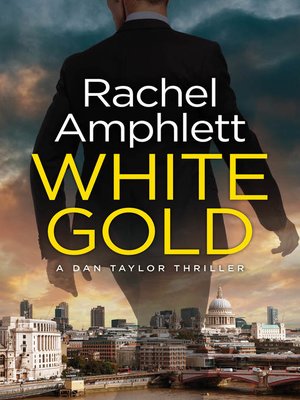 'The style is reflective of the thrillers of Robert Ludlum... a heart-pumping page-turning thriller.' Goodreads

White Gold is the first book in an action-packed adventure thriller series that fans of Vince Flynn, Robert Ludlum and the Lee Child Jack Reacher series are calling "a blast!"

What reviewers are saying about the Dan Taylor spy novel series:

'There have been many thrillers coming out in the market today and, from time to time, we find one that completely catches our attention. White Gold is certainly one of them!' Readers Favourite

'A gripping story that keeps you on the edge of your seat. Get the audio book version it's awesome. I can't recommend it enough' Goodreads

'From the explosive opening, to the thrilling ending it had me hooked. It's a fascinating fast moving story.' Goodreads