The Book of Fours 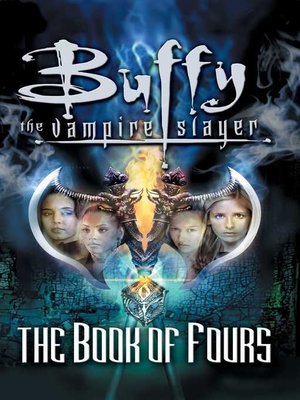 View more libraries...
"We're Slayers, girlfriend. The Chosen."
— Faith
From a place of nightmares — which Buffy and Faith share — a terrible evil invades Sunnydale, setting off disaster. Clearly, the big evil is linked to the Slayers' nightmares, which revolve around four figures: one burning, one dripping wet, one covered in mud, one shrouded in windswept linen. Each carries a box of grafted skin and bone. Giles learns that the last Slayer to encounter a similar container was India Cohen — Buffy's immediate predecessor.
Strangely, Buffy has never given much thought to the young girl whose death activated her own Slayerdom, but now she must draw on the strength of those who came before her. For Buffy is being stalked by a monstrous force that journeys through time, fortifying itself by draining the primal power of a Slayer. Buffy must orient herself on a continuum against evil that predates even humanity itself....