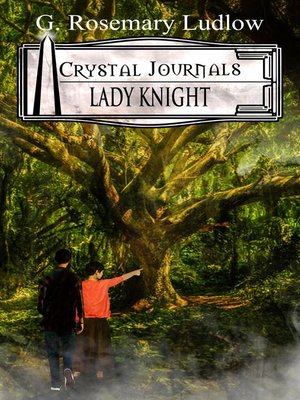 Ever since ten-year-old Susan Sinclair became Guardian of the Crystal of the North, she has had the rare ability to transport to various moments in time. Wherever there’s an imbalance in history, it’s her mission to set it right before returning home. Susan’s third adventure lands her in the Holy Roman Empire in the year 1212.

Susan, however, isn’t alone. Her visiting cousin from Australia, Jason, accidentally comes along for the ride. They find themselves in the woods following a trail of straggly children. The kids are part of the children’s crusade, traveling to Cologne, Germany, to join a Crusade to the Holy Land to spread Christianity. Hiding among them is Katerina, a girl forced to flee after hearing of a plot to kill the future emperor, Frederick—who’s also her cousin.

With three dangerous knights hunting Katerina, Susan believes it’s her mission to help her find her grandmother and warn Frederick before the coronation. They disguise Katerina as a boy to fool their foes, but it’s not enough. If Susan can just learn to control her growing crystal powers, she could save not only her new friends but also all of history.