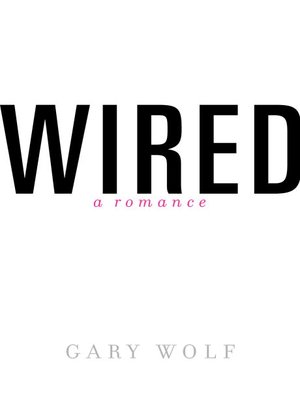 Biography & AutobiographyBusinessNonfiction
The Electric Kool-Aid Acid Test for our own age, the story of a dreamer who turned American media upside down--and suffered the consequences

Louis Rossetto had no money, no home, no job. Five years later he owned the hottest magazine in America and was poised to become an international tycoon, with America's most powerful financiers by his side.

Rossetto was the founder and editor of Wired, whose hyperactive Day-Glo pages proclaimed that every American institution was obsolete. Instantly, Wired, was everywhere--on television, passed around the halls of Congress, displayed in the office of the president of the United States. Wired,'s headquarters in San Francisco became a pilgrimage site for everybody who wanted to be at the white-hot center of the digital revolution. Not since the early days of Jann Wenner and Rolling Stone had anybody so brilliantly channeled the enthusiasms of his era.

But this was only the beginning. Wired cast an uncanny spell, creating a feedback loop that grew stunningly out of control. Wired,'s online site, HotWired, designed and sold the first banner advertisements for the World Wide Web, unleashing a commercial frenzy. Wired, reached for empire, with a book-publishing company, a broadcast division, and foreign editions all over the globe. But as the market's enthusiasm outstripped the limits of reason, Rossetto faced a battle over the fate of Wired that would prove the ultimate test of his radical ideas.

Gary Wolf, one of Wired,'s most popular writers, takes no prisoners in this insider's account, telling a story that is alternately thrilling, hilarious, heartbreaking, and absurd. Now that bumper stickers read-ing please god--just one more bubble have been sighted on the highways of California, Wired--A Romance goes beyond the dot.com clichés and paints a deeply affecting portrait of the boom.

From the Hardcover edition.
Biography & AutobiographyBusinessNonfiction

Wired
Copy and paste the code into your website.
New here? Learn how to read digital books for free