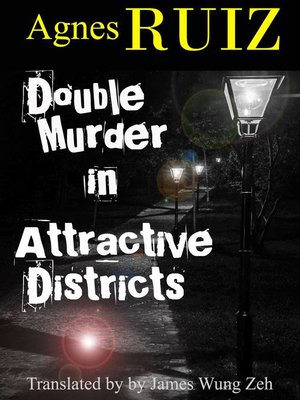 View more libraries...
Grégoire drives all night long. He wants to be the one to announce the appalling news. His best friend's parents just got murdered. She has to accompany him back home. Will Annabelle obey this very protective friend? Let's see what the police investigation reveals.
Agnès Ruiz has written many bestsellers. She achieved immense success with her first novel "Ma vie assassinée". She writes for adults and youth alike. Her short stories about Detective Rachel Toury's investigations have also been very successful in Europe and across the Atlantic. Several of them have been translated into other languages. She is from Normandy (France) and has lived in Canada for nearly 20 years. Agnès Ruiz is married and has three children.