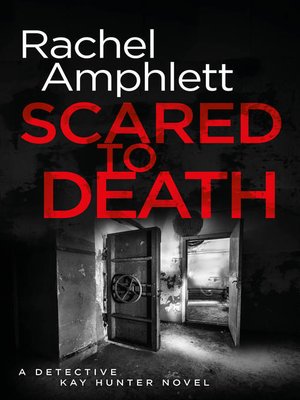 "Thrilling start to a new series. Scared to Death is a stylish, smart and gripping crime thriller" Robert Bryndza, USA Today bestselling author of The Girl In The Ice

"If you want to see your daughter alive again, listen carefully."


Scared to Death is the first book in a new crime thriller series featuring Kay Hunter – a detective with a hidden past and an uncertain future...

What people are saying about Scared to Death:

"A fast-paced, deeply disturbing thriller that had me on the edge of my seat from start to finish" Books Of All Kinds

"Oohhh what a FANTASTIC beginning to a new series! This is dark and gritty, with surprises that I didn't see coming." Novel Gossip

"A dead body, a psychotic killer and an honest dependable detective ... If you like your crime fiction uncomplicated, fast-paced and real Scared to Death is the PERFECT read for you..." Swirl and Thread

"Extremely well-plotted, this really is a novel that will keep you on the edge of your seat!" Jo's Book Blog

"In this novel, I actually believed the reason for the killings. It was new, interesting, and made a refreshing amount of sense ... reminded me at times of Chris Chibnall's Broadchurch series" The Crime Review

"A fast paced thriller of a story that draws you in from the start and will make your heart quicken!" The Great British Book Off

"A gutsy, fast and dark book that is packed full with unsuspecting twists. Moves at a relentless pace, with an intensely dark plot, featuring a top notch female protagonist." Mrs B's Book Reviews

"The murders shock, and the plot is pacey, twisting with action ... with more than one surprise within it pages, Scared to Death will satisfy any lover of serial killer fiction" Postcard Reviews