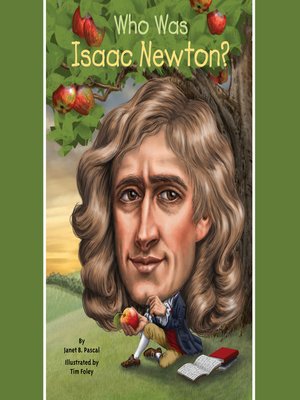 Who Was Isaac Newton?

by Janet B. Pascal Author · Who HQ Author

Biography & AutobiographyHistoryJuvenile NonfictionScience
Isaac Newton was always a loner, preferring to spend his time contemplating the mysteries of the universe. When the plague broke out in London in 1665 he was forced to return home from college. It was during this period of so much death, that Newton gave life to some of the most important theories in modern science, including gravity and the laws of motion.
Biography & AutobiographyHistoryJuvenile NonfictionScience

Janet B. Pascal is an Executive Production Editor at Viking Children's Books and the author of Who Was Dr. Seuss?, Who Was Maurice Sendak?, Who Was Abraham Lincoln?, and What Is the Panama Canal?

More about Janet B. Pascal
Who Was Isaac Newton?
Copy and paste the code into your website.
New here? Learn how to read digital books for free