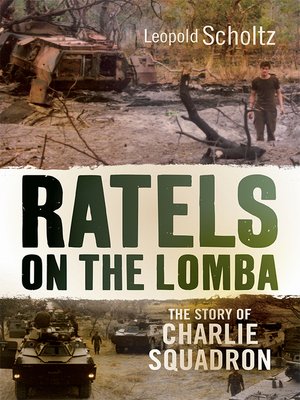 On 3 October 1987 Charlie Squadron - the iron fist of 61 Mechanised Battalion Group - led the way in a decisive battle on the Lomba River in southern Angola, as part of the South African Defence Force's Operation Moduler.
Although SADF tactical doctrine dictated that the tanks of the Angolan 47 Brigade be countered with tanks, the young conscripts of Charlie Squadron were forced to face their enemy in vastly inferior Ratels, significantly handicapped by the vehicles' thin armour and low-velocity guns. Not only were they facing a force far superior in terms of weaponry, but they were also hugely outnumbered and had to deal with terrain so dense that their sight was severely impaired and their movement restricted.
Through interviews with veterans of the battle and diary entries from the time, Leopold Scholtz recreates the drama of this David vs Goliath battle, taking the reader straight to the heart of the action. A deeply human story, Ratels on the Lomba tells of how individuals react in the face of death, and reveals how the war never left these men, not even when they returned home.