ebook ∣ In Search of the Instrument that Transformed Music 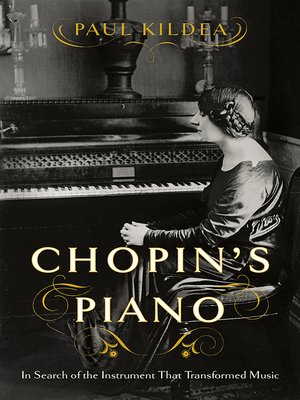 Chopin's Piano traces the history of Frédéric Chopin's twenty-four Preludes through the instruments on which they were played, the pianists who interpreted them, and the traditions they came to represent. Yet it begins and ends with Chopin's Mallorquin pianino, which the great keyboard player Wanda Landowska rescued from an abandoned monastery at Valldemossa in 1913—and which assumed an astonishing cultural potency during the Second World War as it became, for the Nazis, a symbol of the man and music they were determined to appropriate as their own. In scintillating prose, and with an eye for exquisite detail, Paul Kildea beautifully interweaves these narratives, which comprise a journey through musical Romanticism—one that illuminates how art is transmitted, interpreted, and appropriated over the ages.