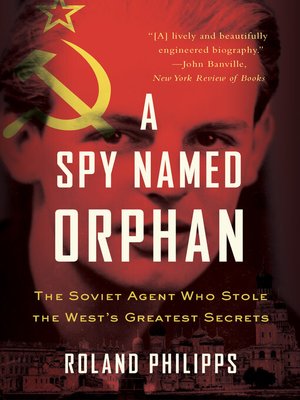 Donald Maclean was one of the most treacherous spies of the Cold War era, a member of the infamous "Cambridge Five" spy ring, yet the extent of this shrewd, secretive man's betrayal has never fully been explored. Drawing on formerly classified files, A Spy Named Orphan documents the extraordinary story of a model diplomat leading a chilling double-life until his exposure and defection to the USSR.

Philipps describes a man prone to alcoholic rages, who rose through the ranks of the British Foreign Office while secretly transmitting through his Soviet handlers reams of diplomatic and military intelligence on the atom bomb and the shape of the postwar world. A mesmerizing tale of blind faith and fierce loyalty alongside dangerous duplicity and human vulnerability, Philipps's narrative will stand as the definitive account of the man codenamed "Orphan."