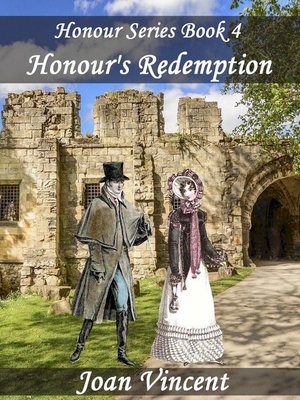 The Prologue occurs in April 1802; the rest of the story takes place from October 1810-November 1810. Lucian Merristorm has blamed his father for his fiancée's death for years. He meets Ruth Clayton when she is searching for her father and helps her. When they next meet it is on a coach going north to Whitby, where Lucian has been dumped by Sir Brandon Thornley, drunk and drugged. The spy Donatien is in Whitby but disguises himself as Riding Officer Geary. Book Four of the Honour Series. Honour's Redemption by Joan Vincent

Honour's Redemption
Copy and paste the code into your website.
New here? Learn how to read digital books for free