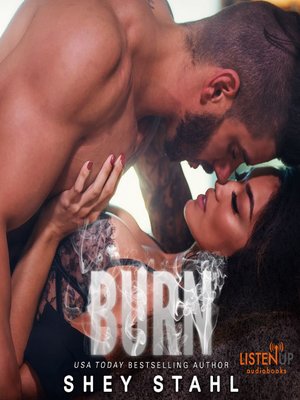 Milena Wellington, general manager of the Wellington Plaza, may have been raised in a world of privilege, but she's worked hard for her professional success, and she's not about to let anyone take that from her. The problem? Her love life is in shambles, she's sleeping on her friend's couch, her coworkers are constantly plotting behind her back, and she's stalking an intense, slightly arrogant, tattooed firefighter she had a one-night stand with. Being a firefighter was never a choice for Caleb Ryan. His destiny was decided when his life was shattered. He's never veered from the course and temptation has never led him astray. The problem? Women serve a purpose, but love; he's incapable of it. That is until he can't stop thinking about the witty yet incredibly sexy brunette he met Christmas Eve. For one night, this exotic beauty sparked a fire inside of him, and he can't let her go. What happens when they can't ignore the burn?