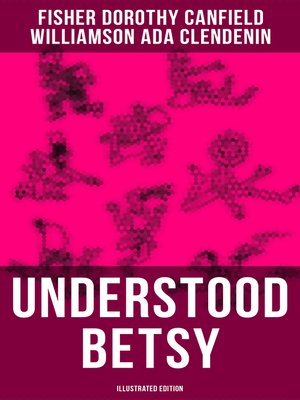 Classic LiteratureJuvenile FictionJuvenile Literature
Understood Betsy is a 1916 novel for children by Dorothy Canfield Fisher. Originally published in 1917, this novel follows the adventure of Elizabeth Ann, an orphan who leaves a privileged urban lifestyle with her cousin to live with the Putney's on a Vermont farm. Elizabeth Ann, nicknamed Betsy, lives with her father's aunt, Harriet, who expects her to lead a very sheltered life. When she is sent to live with her mother's family, on a farm in Vermont, she is then expected to do many of the chores that Harriet had thought too demanding of a little girl. Betsy discovers her own abilities and gains a new perception of the world around her. Dorothy Canfield Fisher (1879 – 1958) was an educational reformer, social activist, and best-selling American author in the early decades of the twentieth century. She strongly supported women's rights, racial equality, and lifelong education. She was named by Eleanor Roosevelt as one of the ten most influential women in the United States.
Classic LiteratureJuvenile FictionJuvenile Literature

UNDERSTOOD BETSY (Illustrated Edition)
Copy and paste the code into your website.
New here? Learn how to read digital books for free