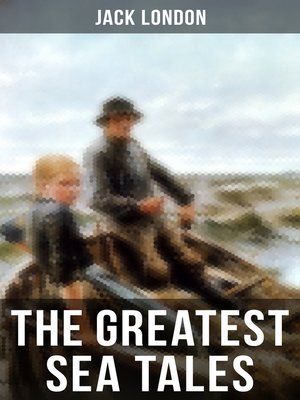 The Sea-Wolf, A Son of the Sun, The Mutiny of the Elsinore, The Cruise of the Snark, Tales of the Fish Patrol, South Sea Tales...

Young Adult FictionYoung Adult Literature
Musaicum Books presents to you "The Greatest Sea Tales of Jack London" formatted to the highest digital standards and adjusted for readability on all devices. Contents: The Cruise of the Dazzler The Sea-Wolf Adventure A Son of the Sun The Mutiny of the Elsinore The Cruise of the Snark Tales of the Fish Patrol White and Yellow The King of the Greeks A Raid on the Oyster Pirates The Siege of the "Lancashire Queen" Charley's Coup Demetrios Contos Yellow Handkerchief South Sea Tales The House of Mapuhi The Whale Tooth Mauki "Yah! Yah! Yah!" The Heathen The Terrible Solomons The Inevitable White Man The Seed of McCoy Jack London was an American novelist, journalist, and social activist. His amazing life experience also includes being an oyster pirate, railroad hobo, gold prospector, sailor, war correspondent and much more. He wrote adventure novels & sea tales, stories of the Gold Rush, tales of the South Pacific and the San Francisco Bay area - most of which were based on or inspired by his own life experiences.
Young Adult FictionYoung Adult Literature

The Greatest Sea Tales of Jack London
Copy and paste the code into your website.
New here? Learn how to read digital books for free