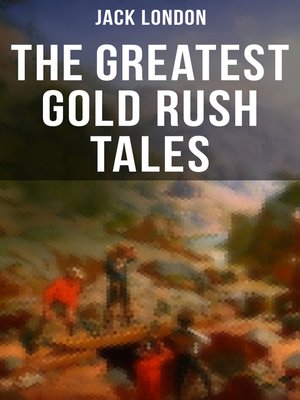 20+ Thrilling Adventures from Yukon: The Call of the Wild, White Fang, Burning Daylight, Son of the Wolf & The God of His Fathers – The Great Tales of Klondike

Young Adult FictionYoung Adult Literature
The collection contains some of the greatest novels and stories written by Jack London. All of them are tales of the Great Gold Rush, inspired by and based on author's own experience working as a gold miner in Klondike. Content: Novels The Call of the Wild White Fang Burning Daylight Short Stories Son of the Wolf The White Silence The Son of the Wolf The Men of Forty Mile In a Far Country To the Man on the Trail The Priestly Prerogative The Wisdom of the Trail The Wife of a King An Odyssey of the North The God of His Fathers: Tales of the Klondyke The God of His Fathers The Great Interrogation Which Make Men Remember Siwash The Man with the Gash Jan, the Unrepentant Grit of Women Where the Trail Forks A Daughter of the Aurora At the Rainbow's End The Scorn of Women Jack London (1876-1916) was an American novelist, journalist, and social activist. His amazing life experience also includes being an oyster pirate, railroad hobo, gold prospector, sailor and war correspondent and much more. He wrote adventure novels & sea tales, stories of the Gold Rush, tales of the South Pacific and the San Francisco Bay area - most of which were based on or inspired by his own life experiences.
Young Adult FictionYoung Adult Literature

The Greatest Gold Rush Tales
Copy and paste the code into your website.
New here? Learn how to read digital books for free