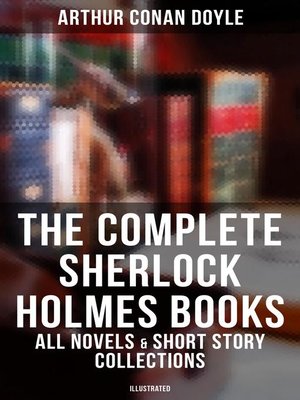 MysteryYoung Adult Fiction
This carefully edited collection has been designed and formatted to the highest digital standards and adjusted for readability on all devices. Sherlock Holmes is a "consulting detective" known for his proficiency with observation, forensic science, and logical reasoning that borders on the fantastic, which he employs when investigating cases for a wide variety of clients, including Scotland Yard. The Sherlock Holmes stories are generally considered milestones in the field of crime fiction. Table of Contents: Introduction An Intimate Study of Sherlock Holmes Novels & Stories A Study in Scarlet The Sign of Four The Hound of the Baskervilles The Valley of Fear The Adventures of Sherlock Holmes: A Scandal in Bohemia The Red-Headed League A Case of Identity The Boscombe Valley Mystery The Five Orange Pips The Man with the Twisted Lip The Blue Carbuncle The Speckled Band The Engineer's Thumb The Noble Bachelor The Beryl Coronet The Copper Beeches The Memoirs of Sherlock Holmes: Silver Blaze The Yellow Face The Stock-Broker's Clerk The "Gloria Scott" The Musgrave Ritual The Reigate Puzzle The Crooked Man The Resident Patient The Greek Interpreter The Naval Treaty The Final Problem The Return of Sherlock Holmes: The Empty House The Norwood Builder The Dancing Men The Solitary Cyclist The Priory School The Black Peter The Charles Augustus Milverton Three Students Golden Pince-Nez The Missing Three-Quarter The Abbey Grange The Stain His Last Bow: The Wisteria Lodge Red Circle The Cardboard Box The Bruce-Partington Plans The Dying Detective The Disappearance of Lady Frances Carfax Devil's Foot His Last Bow ... Arthur Conan Doyle (1859-1930) was a British writer best known for his detective fiction featuring the character Sherlock Holmes. He was a prolific writer whose other works include fantasy and science fiction stories, plays, romances, poetry, non-fiction and historical novels.
MysteryYoung Adult Fiction

The Complete Sherlock Holmes Books
Copy and paste the code into your website.
New here? Learn how to read digital books for free