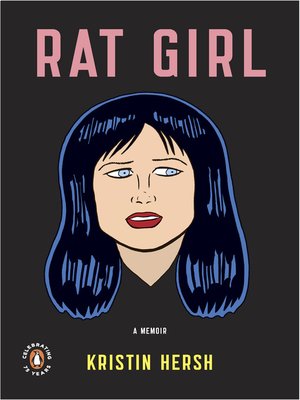 “Sensitive and emotionally raw… it’s also wildly funny”—The New York Times Book Review
A powerfully original memoir of pregnancy and mental illness by the legendary founder of the seminal rock band Throwing Muses, 'a magnificently charged union of Sylvia Plath and Patti Smith'  - The Guardian
Kristin Hersh was a preternaturally bright teenager, starting college at fifteen and with her band, Throwing Muses, playing rock clubs she was too young to frequent. By the age of seventeen she was living in her car, unable to sleep for the torment of strange songs swimming around her head - the songs for which she is now known. But just as her band was taking off, Hersh was misdiagnosed with schizophrenia.
Rat Girl chronicles the unraveling of a young woman's personality, culminating in a suicide attempt; and then her arduous yet inspiring recovery, her unplanned pregnancy at the age of 19, and the birth of her first son. Playful, vivid, and wonderfully warm, this is a visceral and brave memoir by a truly original performer, told in a truly original voice.