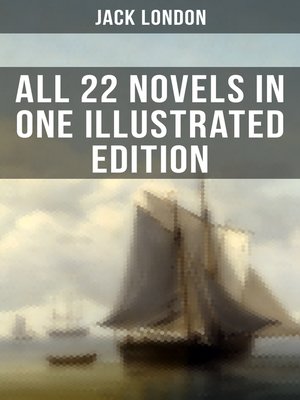 All 22 Novels in One Illustrated Edition: The Call of the Wild, The Sea-Wolf, White Fang, The Iron Heel, Martin Eden, Burning Daylight, The Scarlet Plague, A Son of the Sun, The Valley of the Moon, The Star Rover, Hearts of Three...

Young Adult FictionYoung Adult Literature
Musaicum Books presents to you this carefully created volume of the complete novels of Jack London. This ebook has been designed and formatted to the highest digital standards and adjusted for readability on all devices. Content: The Cruise of the Dazzler A Daughter of the Snows The Call of the Wild The Kempton-Wace Letters The Sea-Wolf The Game White Fang Before Adam The Iron Heel Martin Eden Burning Daylight Adventure The Scarlet Plague A Son of the Sun The Abysmal Brute The Valley of the Moon The Mutiny of the Elsinore The Star Rover (The Jacket) The Little Lady of the Big House Jerry of the Islands Michael, Brother of Jerry Hearts of Three Jack London (1876-1916) was an American novelist, journalist, and social activist. His amazing life experience also includes being an oyster pirate, railroad hobo, gold prospector, sailor and war correspondent.
Young Adult FictionYoung Adult Literature

JACK LONDON
Copy and paste the code into your website.
New here? Learn how to read digital books for free