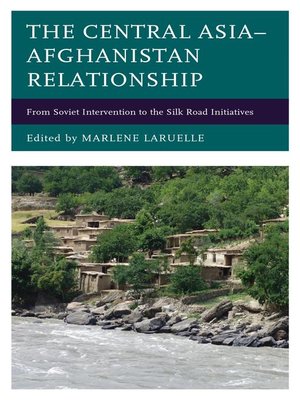 View more libraries...
Central Asia is a relatively understudied neighbor of Afghanistan. The region is often placed into a number of historical and political contexts—a section of the Silk Road, a pawn in the "Great Game," the "spillover" state that exemplifies the failure of US foreign policy—that limit scholarly understanding.
This edited volume contributes by providing a broad, long-term analysis of the Central Asia–Afghanistan relationship over the last several decades. It addresses the legacy of Soviet intervention with a unique first-hand selection of interviews of former Soviet Central Asian soldiers that fought in the Soviet–Afghan War. It examines Afghanistan's norther neighbors, discussing Russia, Uzbekistan, Tajikistan, and Turkmenistan—their strategy for Afghanistan, their perception of challenges and opportunities of the country, and patterns of cooperation and conflict. The collection also looks at recent US strategic initiatives in the region, in particular the New Silk Road Initiative that envisions a growing Central Asia–South Asia connection.