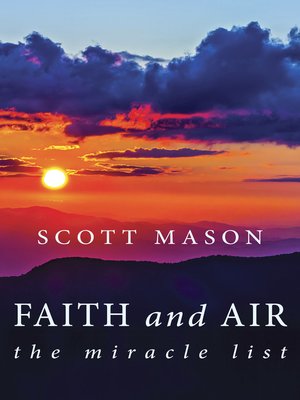 View more libraries...
A longtime journalist grounded in facts confronts stories that ask for faith.
Throughout his thirty years on the air, television reporter Scott Mason has interviewed countless people who unexpectedly offered up miracle stories. Such as the legendary golf broadcaster who makes for a wonderful personality profile—and then says, "Oh, and by the way, I died and came back to life." Or the sole survivor of a plane crash who describes his harrowing ordeal—and tells of a radiant vision he says he witnessed while catapulting through the fuselage. One after another the miracle stories kept coming, but Scott Mason suspected these stories would never find their way onto the air. So he made a miracle list and dug deeper into these intriguing accounts on his own.
As he pursues the leads throughout this book, Scott shares a compelling narrative of fact and faith and his personal struggle to balance them both.