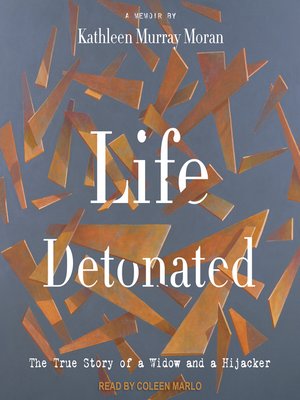 The True Story of a Widow and a Hijacker

Watching the towers crumble, few remembered America had been attacked on 9/11, once before. Kathleen Murray Moran's own September 11th twenty-five years earlier occurred when her husband Brian, a member of the New York City Bomb Squad was killed defusing a bomb Croatian freedom-fighters placed in a Grand Central Station locker before hijacking TWA flight 355 from La Guardia airport.

Kathleen Murray Moran holds a BA in journalism and an MA in English from SUNY Stony Brook. She taught writing and literature at Suffolk Community College for twenty-five years. She is cofounder of Survivors of the Shield (SOS).

More about Kathleen Murray Moran
Life Detonated
Copy and paste the code into your website.
New here? Learn how to read digital books for free