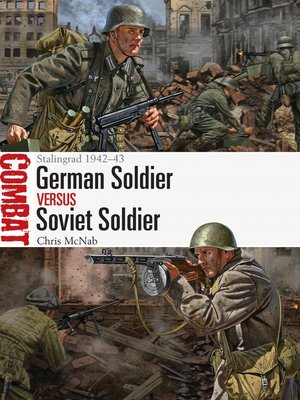 By the end of the first week of November 1942, the German Sixth Army held about 90 per cent of Stalingrad. Yet the Soviets stubbornly held on to the remaining parts of the city, and German casualties started to reach catastrophic levels. In an attempt to break the deadlock, Hitler decided to send additional German pioneer battalions to act as an urban warfare spearhead. These combat engineers were skilled in all aspects of city fighting, especially in the use of demolitions and small arms to overcome defended positions and in the destruction of armoured vehicles. Facing them were hardened Soviet troops who had perfected the use of urban camouflage, concealed and interlocking firing positions, close quarters battle, and sniper support.

This fully illustrated book explores the tactics and effectiveness of these opposing troops during this period, focusing particularly on the brutal close-quarters fight over the Krasnaya Barrikady (Red Barricades) ordnance factory.