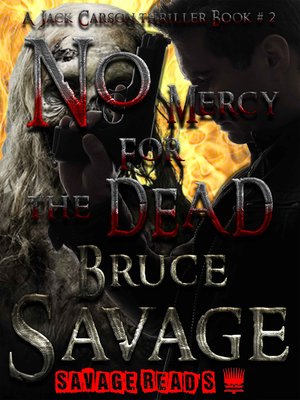 No Mercy for the Dead!

The Krehlians are back and this time they brought super modified zombies with them. Jack, Maxwell, and Valerie reach Reunion Island only to discover that it's deserted and the zombie inhabitants have left and are headed for some very populated areas. No sooner do they shut off the beacons that are calling to the zombies another starts up and turns them in another direction. Is someone working with the Krehlians? But who and why?

The worlds richest man Samuel Rudd has made a deal with Earth's worst enemy in exchange for power over the survivors of the zombie apocalypse. A drug is being distributed with the disguise of being a cure-all for everything including death. Unknown to the victims is that it turns you into a zombie. City after city the zombie population grows and it's up to Jack to find a way to stop it and stop Samuel Rudd at any cost. Is it too late for Earth this time? Can Jack stop the zombie apocalypse from spreading? And let's not forget Jack's parents and their alien agenda for Jack. Get ready for thrills and chills in this second installment of the Jack Carson series by Bruce Savage.

Bruce Savage was born in Lewiston, Maine in 1967, the youngest son of 16 brother's and sisters to Winfield Strout and Blanche Strout. He published his first successful work when he was 10 years old in Boy's Life magazine. The publication paid him ...

More about Bruce Savage
No Mercy for the Dead!
Copy and paste the code into your website.
New here? Learn how to read digital books for free