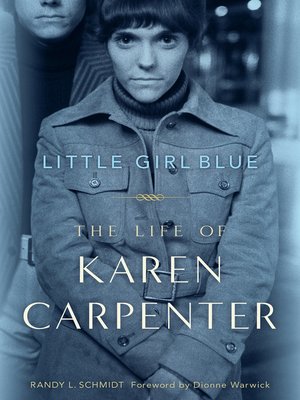 The Life of Karen Carpenter

Biography & AutobiographyNonfiction
An intimate profile of one of the most popular American singers of the 20th century, this first full-length biography of Karen Carpenter details every aspect of her life, from her modest Connecticut upbringing and her rise to stardom in southern California to the real story of her tragic, untimely death. This illuminating depiction of a 1970s icon covers her time as lead singer of the Carpenters—the top-selling American musical act of the decade—and provides insight into their string of 16 consecutive top-20 hits, including "Close to You," "We've Only Just Begun," "Top of the World," and "Superstar," as well as a critical review of her aborted solo career. A behind-the-scenes look into the life of a superstar, from the prolific recordings and the relentless touring to the awards, fame, and fortune, this history also chronicles her struggle with anorexia nervosa and gives important new details from her autopsy that shed new light on her death at age 32. Groups such as Sonic Youth and the Corrs and artists including k. d. lang and Madonna have cited Karen Carpenter among their major influences, and this definitive biography, based on exclusive interviews with nearly 100 of her friends and associates, is a testament to her brief yet remarkable life.
Biography & AutobiographyNonfiction

Randy L. Schmidt is the editor of Yesterday Once More: Memories of the Carpenters and Their Music. He served as creative consultant for several television documentaries on the Carpenters, including those for E! True Hollywood Story, A&E's Biograph...

More about Randy L. Schmidt
Little Girl Blue
Copy and paste the code into your website.
New here? Learn how to read digital books for free