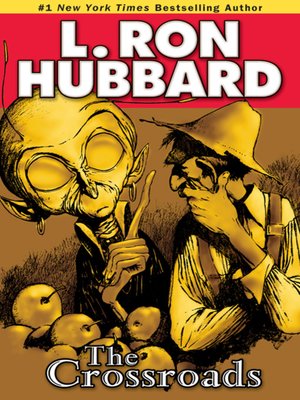 View more libraries...
Farmer Eben Smith is fed up with big government telling him how to run his life and his business. They pay him to bury his crops while folks starve in the streets, and he's not going to take it anymore. He's declaring his independence, loading up his fruits and vegetables, and heading for the city to wheel and deal....
But before he can trade in his turnips, Eben'll have to deal with something bigger—a break in the space/time continuum. He's at The Crossroads, where reality is turned upside-down and inside out. And before it's over, he'll turn his turnips into liquor, and the liquor into guns and gold, as he plunges into strange new worlds ... finding ways to wreak havoc in all of them.
Also includes the fantasy adventures, "Borrowed Glory," the haunting story of two immortals who wager on two mortals given a single day of love ... a wager that leads to heartbreak and tragedy; and "The Devil's Rescue" based on the legend of The Flying Dutchman, in which the sole survivor of a disaster at sea is "rescued" by the devil himself and finds that fate rests on a roll of the dice.
Prepare to set out on the most thrilling, chilling, and thoroughly amusing road trip ever, as The Crossroads takes you to new dimensions.
* An International Book Awards Finalists