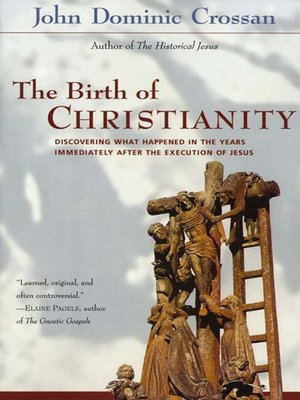 The Birth of Christianity

In this national bestseller, John Dominic Crossan, the world's leading expert on the historical Jesus, reveals how Christianity emerged in the period following Jesus' death. Taking an interdisciplinary approach, Crossan shines new light on the theological and cultural contexts from which the Christian church arose. He argues powerfully that Christianity would have happened with or without Paul and contends that Jesus' "resurrection" meant something vastly different for his early followers than it does for many traditional Christians today—what mattered was Christina origins finally illuminates the mysterious period that set Western religious history in its decisive course.

More about John Dominic Crossan
The Birth of Christianity
Copy and paste the code into your website.
New here? Learn how to read digital books for free