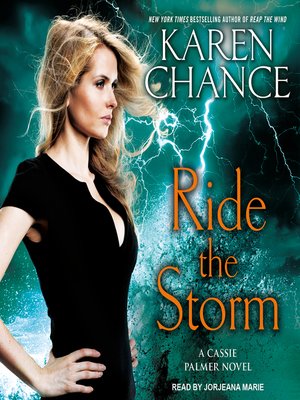 FantasyFictionLiterature
Ever since being stuck with the job of pythia, the chief seer of the supernatural world, Cassie Palmer has been playing catch up. Catch up to the lifetime's worth of training she missed being raised by a psychotic vampire instead of at the fabled pythian court. Catch up to the powerful, and sometimes seductive, forces trying to mold her to their will. It's been a trial by fire that has left her more than a little burned. But now she realizes that all that was just the warm up for the real race. Ancient forces that once terrorized the world are trying to return, and Cassie is the only one who can stop them . . .
FantasyFictionLiterature

Karen Chance is the New York Times bestselling author of the popular Cassandra Palmer and Dorina Basarab urban fantasy series. Karen is currently living in Tampa, where she continues to write. Visit her at karenchance.com.

More about Karen Chance
Ride the Storm
Copy and paste the code into your website.
New here? Learn how to read digital books for free