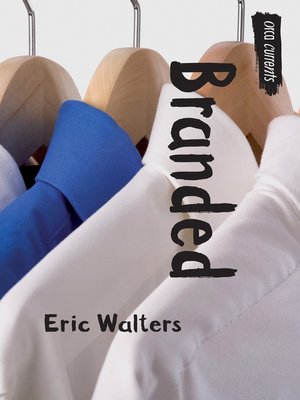 Young Adult FictionYoung Adult Literature
The principal announces that the school is implementing uniforms, and Ian finds himself caught in a conflict. His friend Julia wants him to devise a plan to fight the decision, and the principal is determined to convince Ian the uniforms are a good idea. Ian wants nothing to do with the issue. While doing research for a social-justice class, he learns that the manufacturer of the uniforms is on the top-ten list for human-rights violations. When he tells the principal this, all he gets is a reminder that the penalty for refusing to wear the uniforms is suspension, and Ian finds himself caught in a whole new conflict—one with himself.

More about Eric Walters
Branded
Copy and paste the code into your website.
New here? Learn how to read digital books for free