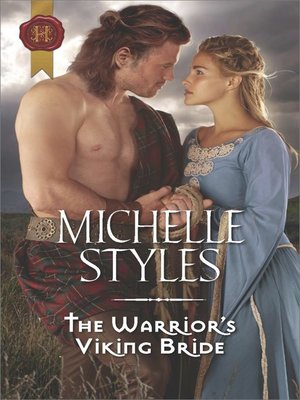 FictionRomanceHistorical Fiction
A Viking maiden destined for the battlefield...
...in bed with her captor!
As a female warrior, Dagmar Kolbeinndottar knows she's not meant for marriage and a family. Until she's kidnapped by Celtic warlord Aedan mac Connall, who has been tasked with returning Dagmar to her estranged father. Fighting her father's orders to marry, Dagmar declares she will take no one but her abductor, expecting Aedan to refuse...but he's intent on making her his bride!
"Everyone loves Styles' Vikings!" — RT Book Reviews on Sold to the Viking Warrior
"Styles pens another winning Viking historical... An exciting, engaging story" — RT Book Reviews on Taming His Viking Woman
FictionRomanceHistorical Fiction

The Warrior's Viking Bride
Copy and paste the code into your website.
New here? Learn how to read digital books for free