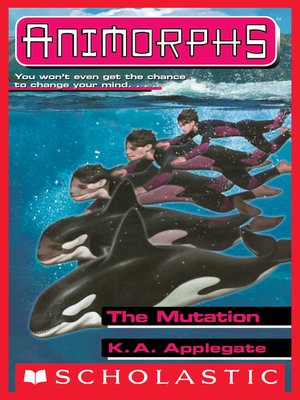 by K. A. Applegate

Juvenile FictionJuvenile LiteratureScience Fiction
Visser Three is still trying to find a way to reach the Pemalite ship that was hidden thousands of feet below the ocean's surface. The ship contains technology so advanced that it's superior to anything even the Andalites have built. And this time, the Visser plans to find the ship so he can use the power to complete Earth's invasion. Jake and the other Animorphs acquire additional deep-sea morphs in order to stop the Visser's plan. But while trying to destroy the Yeerk ship, the kids make a startling discovery: an underwater civilization. Have the kids discovered Atlantis... or is it just another trap?
Juvenile FictionJuvenile LiteratureScience Fiction

The Mutation
Copy and paste the code into your website.
New here? Learn how to read digital books for free