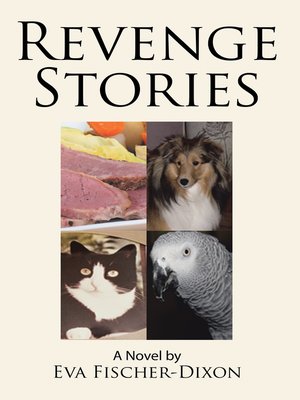 FictionSuspenseThriller
This book contains four stories of four different kinds of revenge. "Corned Beef and Cabbage" tells a story of Danny O'Shea, an only child of an Irish couple in a forced marriage. Danny witnesses and suffers unimaginable cruelty by his father against both his mother and him. When the inevitable happens, Danny's father is arrested, but he returns home. Danny is faced with a crucial decision. Should he allow his father to start up a new cycle of violence or should he pay for his sins? "Good Boy and Fritz" is the story of Jenni Keegan, who works hard to accomplish her goals in Los Angeles, California. Unexpectedly, she is called back to her hometown in Ohio due to recent tragic events. When everyone around begins to die, she realizes that the justice system can help her to pay back those who are responsible for the murders and for the attack on her person. She must do it on her own. "My Nine Lives" is a story told from a cat's perspective—Cindy's point of view. She tells her story that reflects both love and the cruelty that people do to animals. When the young woman whom she names Angel for saving her life is being attacked, Cindy takes matters into her own paws and her revenge represents all animals who are mistreated by humans. "The Eyewitness" tells the story of Jurgita Ditkovskis, who managed to escape the hell that was unleashed around her during World War II. She immigrates to the United States to start a new and peaceful life. After one personal tragedy after another, she remains alone with her beloved birds, especially an African Gray parrot named Paco, who doesn't talk but at least listens to her. When she allows a familiar young man inside her apartment, it was a decision that she will immediately regret. And Paco is watching.
FictionSuspenseThriller

Revenge Stories
Copy and paste the code into your website.
New here? Learn how to read digital books for free