A Macat Analysis of Reconstruction in America 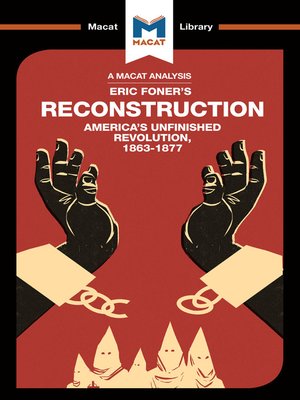 Eric Foner's 1988 account of the decade following the American Civil War shows that black people were integral in ending slavery and were often key drivers of what successes there were in the 'Reconstruction' period. Reconstruction had the potential to fulfil the promise of America's founders, bringing freedom and equality to all, which had been undermined by Southern whites determined to protect their own privilege. While earlier interpretations of this period often blamed the failures of Reconstruction on African Americans, Foner concludes that it failed because whites prevented blacks from becoming equal citizens and stresses the central position of blacks in shaping American democracy.