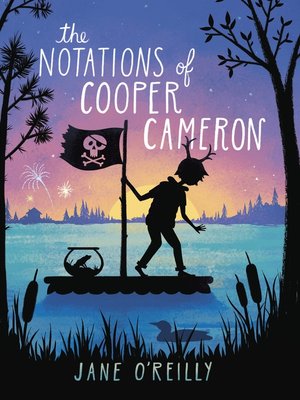 The Notations of Cooper Cameron

Eleven-year-old Cooper Cameron likes things to be in order. When he eats, he chews every bite three times on each side. Sometimes he washes his hands in the air with invisible water. He invented these rituals after the death of his beloved grandfather to protect others he loves from terrible harm.

But when Cooper's strange behavior drives a wedge between his parents, and his relationship with his older sister, Caddie, begins to fray, his mother's only solution is to take Cooper and Caddie to the family cabin for the summer.

Armed with a collection of rocks, his pet frog, and his notebook, Cooper vows to cure himself and bring his damaged family back together.

Jane O'Reilly is the author of the acclaimed middle grade novels, The Secret of Goldenrod and The Notations of Cooper Cameron. She is the recipient of a McKnight Fellowship in Screenwriting and also holds an MFA in Writing for Children and Young A...

More about Jane O'Reilly
The Notations of Cooper Cameron
Copy and paste the code into your website.
New here? Learn how to read digital books for free