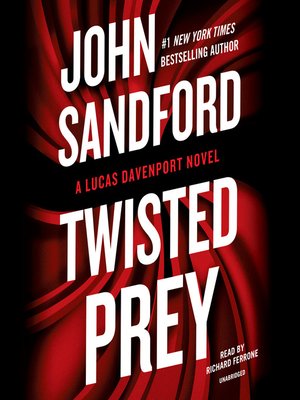 FictionMysterySuspenseThriller
Lucas Davenport confronts an old nemesis, now a powerful U.S. senator, in the thrilling new novel in the #1 New York Times-bestselling Prey series.
Lucas Davenport had crossed paths with her before.
A rich psychopath, Taryn Grant had run successfully for the U.S. Senate, where Lucas had predicted she'd fit right in. He was also convinced that she'd been responsible for three murders, though he'd never been able to prove it. Once a psychopath had gotten that kind of rush, though, he or she often needed another fix, so he figured he might be seeing her again.
He was right. A federal marshal now, with a very wide scope of investigation, he's heard rumors that Grant has found her seat on the Senate intelligence committee, and the contacts she's made from it, to be very...useful. Pinning those rumors down was likely to be just as difficult as before, and considerably more dangerous.
But they had unfinished business, he and Grant. One way or the other, he was going to see it through to the end.
FictionMysterySuspenseThriller

JOHN SANFORD is the pseudonym for the Pulitzer Prize-winning journalist John Camp. He is the author of twenty-eight Prey novels, four Kidd novels, ten Virgil Flowers novels, three YA novels co-authored with his wife Michele Cook, and three other b...

More about John Sandford
Twisted Prey
Copy and paste the code into your website.
New here? Learn how to read digital books for free