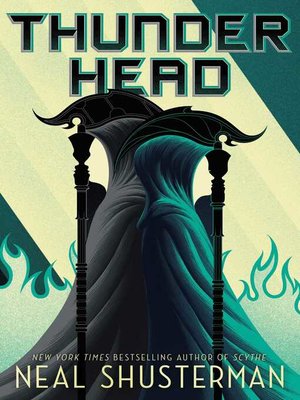 Rowan and Citra take opposite stances on the morality of the Scythedom, putting them at odds, in the chilling sequel to the Printz Honor Book Scythe from New York Times bestseller Neal Shusterman, author of the Unwind dystology.
Humans learn from their mistakes. I cannot. I make no mistakes.

The Thunderhead is the perfect ruler of a perfect world, but it has no control over the scythedom. A year has passed since Rowan had gone off grid. Since then, he has become an urban legend, a vigilante snuffing out corrupt scythes in a trial by fire. His story is told in whispers across the continent.

As Scythe Anastasia, Citra gleans with compassion and openly challenges the ideals of the "new order." But when her life is threatened and her methods questioned, it becomes clear that not everyone is open to the change.

Old foes and new enemies converge, and as corruption within the Scythedom spreads, Rowan and Citra begin to lose hope. Will the Thunderhead intervene?

Or will it simply watch as this perfect world begins to unravel?
Science FictionThrillerYoung Adult FictionYoung Adult Literature

Neal Shusterman is the New York Times bestselling author of more than thirty award-winning books for children, teens, and adults, including the Unwind dystology, the Skinjacker trilogy, Downsiders, and Challenger Deep, which won the National Book ...

More about Neal Shusterman
Thunderhead
Copy and paste the code into your website.
New here? Learn how to read digital books for free