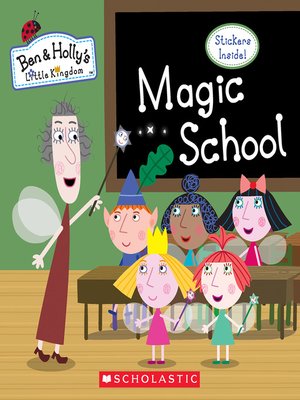 Juvenile FictionJuvenile Literature
Princess Holly the fairy is sent to Mrs. Fig's Magic School, and she invites her friends to come along! The Wise Old Elf is convinced that magic always leads to trouble—and it turns out he might be right . . . Ben and Holly live in the Little Kingdom, a tiny land where flowers and grass rise above even the tallest towers. Holly is a young fairy princess who is still learning to fly and control her magic — which sometimes gets her in some sticky situations! Her best friend, Ben the elf, doesn't have magical powers, but he's great at making toys and always ready for adventure. This story with stickers is based on the Nick Jr. TV show, from the creators of Peppa Pig.
Juvenile FictionJuvenile Literature

Magic School
Copy and paste the code into your website.
New here? Learn how to read digital books for free