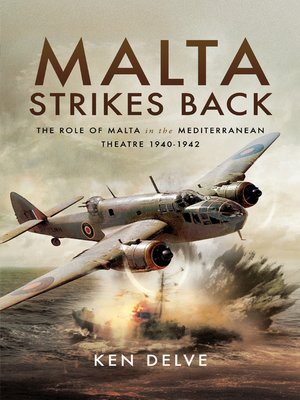 HistoryMilitaryCrimeNonfiction
“The key to our position in the whole Mediterranean lay in Malta.” (Tedder)
Two of the greatest strategic mistakes by Hitler involved failure to take control of two key locations, Gibraltar and Malta; between them these two were able to influence, and at times dominate, the Western Mediterranean area, and surrounding land masses. Malta, with its strategic partner, Alexandria (and Egypt) likewise dominated the Eastern Mediterranean and surrounding land masses.
Malta only existed strategically for its ability to attack the enemy Lines of Communication between European bases (now stretching from France to Crete) and North Africa. Every piece of equipment, every man and all supplies had to move from Europe to North Africa, the majority by surface vessel, and had to be gathered at a limited number of port facilities in both locations, which made those locations key choke points and targets. Once in North Africa, everything had to move along the main coastal road from the supply ports to dumps and to units. Every campaign is to a greater or lesser extent one of logistics, the Desert War more so than most. It has often been called a ‘war of airfields’ but it is more accurately described as a ‘war of logistics’, with airfields playing a major role in defending one’s own supply lines whilst striking at the enemy’s lines. If Malta could not attack, then it was a drain on resources; but in order to attack it had to protect the infrastructure and equipment needed for attack.
The ability to take a pounding, shake it off and fight back was the key to survival. The Island required determined leadership, external support dedicated to supplying the Island, and the committed resilience of all those on the Island to ensure success. This is the story of how Malta rose to meet the challenges facing its defenses during the Second World War; how it struck back and survived one of its darkest eras.
HistoryMilitaryCrimeNonfiction

Malta Strikes Back
Copy and paste the code into your website.
New here? Learn how to read digital books for free